A couple of years ago sushi occupied a niche market. Today it’s mainstream. You can even buy it unceremoniously in the supermarket next door.
For a more authentic experience and better quality though visiting a restaurant is preferable. Like we did a couple of days ago. It was already late. Almost closing time. Still a bare minimum of Sushi ritual must be maintained. Instead of dipping the rice piece in soy sauce I like to dip the fish and put it back on rice before eating it. But it’s delicious anyway you do it. 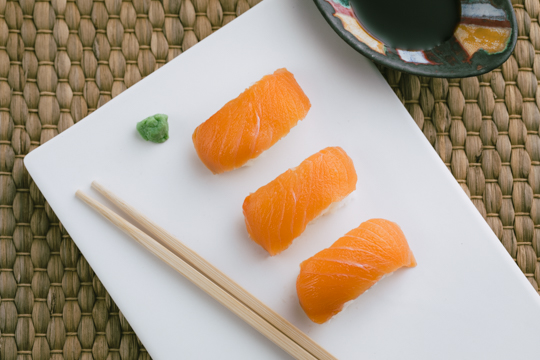 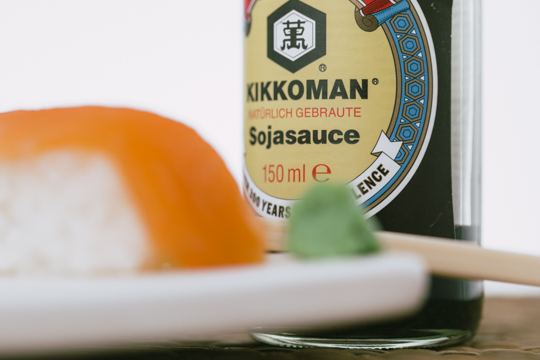 There were only a few patrons left so while we were enjoying dinner our host started to clean tables, rearrange decorations, restock chopsticks and collect all the bottles of soy sauce. Obviously the usual tasks before closing to make sure everything is ready for the next day. Out of the corner of my eye I saw him sitting down at a table and methodically unscrewing the small sauce bottles. Those that you can get almost everywhere. Look through glass with a bulky bottom and the red screw top with two opposing outlets. My mind was preoccupied with the smooth feeling and satisfying taste of a piece of tuna. Only slowly I came to realize that our host was pouring what was left in the soy sauce bottles into a medium sized watering can. 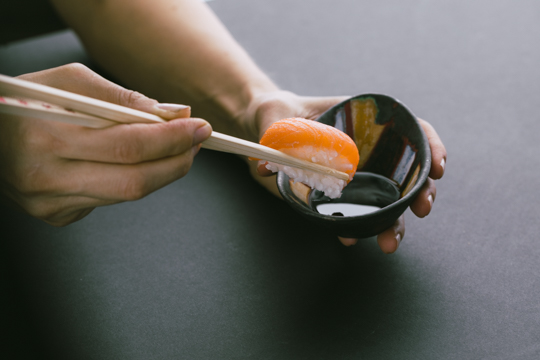 This warranted an interruption of our dining experience and a closer look. I didn’t imagine it. There he was with the last half empty bottle in his hand pouring it into the can. He than put the empty bottle with the others. From a jug of presumably fresh soy sauce he poured some more into the can and then started to refill the now empty bottles. Amazed by this display I hovered a pice of fish over the small cup of soy sauce in front of me. Lot’s of different thoughts crossing my mind. Predominantly thoughts about if I should dip my fish in there and hygene. But also have we been frequenting this restaurant for many years. Is there a chance that there is still a part of the primordial soy sauce from when the restaurant opened many, many years ago in the cup in front of me? 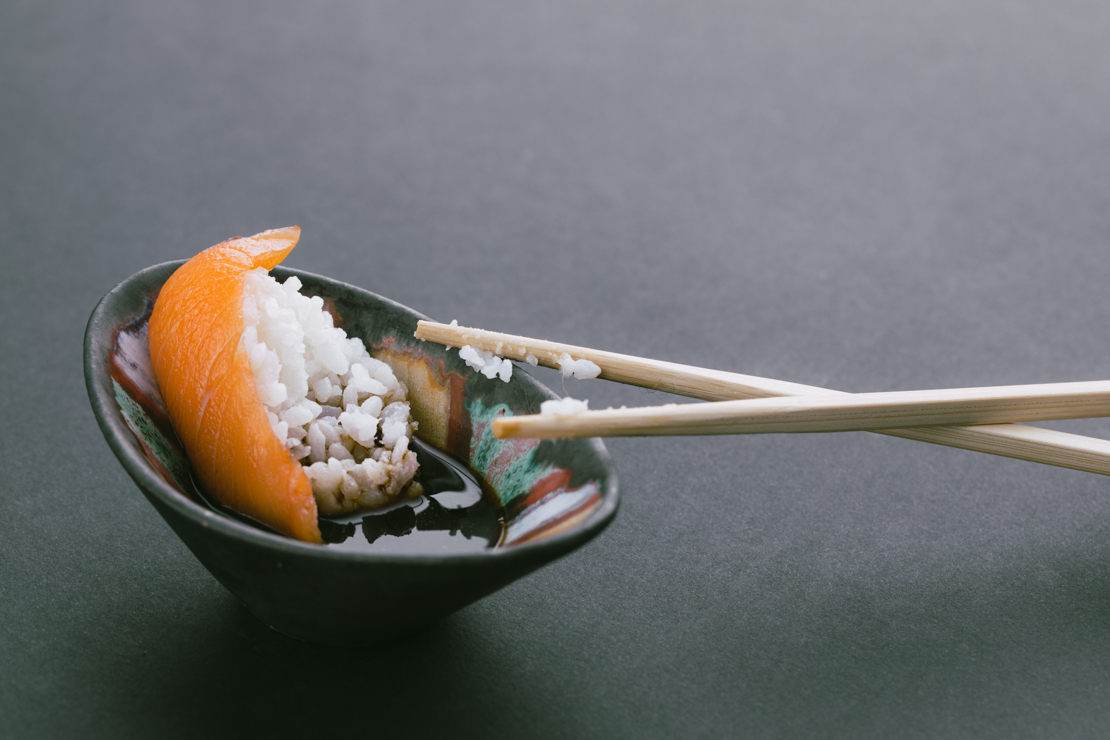 Let’s see. One bottle holds 150ml. There are 13 tables with one bottle each so over all 1.950ml soy sauce. Let‘s assume an average daily usage of 20ml per bottle and table which sums up to 260ml. So after one day there is 86.7% original sauce left. Continuing this dilution series for 10 days reduces the concentration to 23.9% and after 365 days it would only be . We have been frequenting this restaurant for years and as far as I remember it was already well established when we discovered it. Suffice to say that after so may years there is nothing left of the original sauce in my bowl.
Somehow that’s a relieve. I never really thought about what would happen to the rest of the soy sauce. Of course I would have enjoyed a fresh bottle every timel. On the other hand the small single serving packages are only contributing to the already massive amount of waste and dumping the rest of a bigger bottle is also wasteful. For the enjoyment of the rest of my Sushi I still like to think he replaces the whole bottles on a regular basis and the salty environment doesn't readily invite nasties... 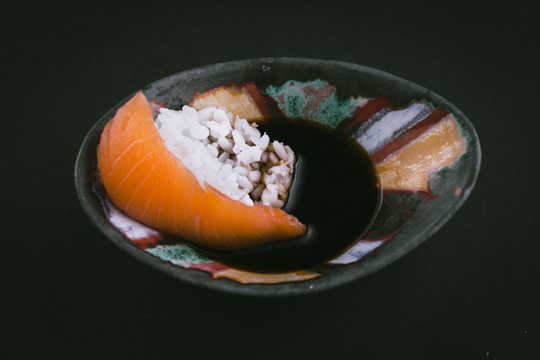 Busy handling the raw fish I forgot to take a making of picture. From the pictures it's obvious there are mutlipe different angles. I used two light sources behind two scrims for diffused light on the food. I wanted it to look like the picture were taken in a restaurant with a big window.